You are here: Home / About Us / Staff 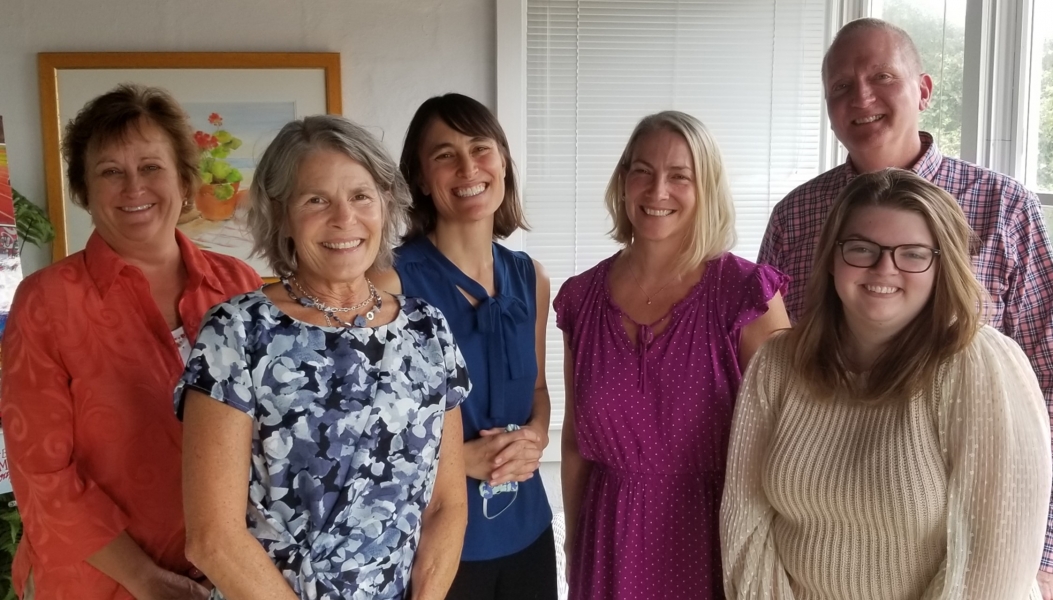 Lorelei Costa has served the Executive Director of the Outer Banks Community Foundation since 2012. Lorelei is a graduate of UNC Chapel Hill and earned her certificate in nonprofit management from Duke University. With 20 years’ experience in the nonprofit and philanthropic sectors, Lorelei has worked on diverse projects across North Carolina and Alaska, including past roles with the NC Coastal Land Trust, the Triangle Land Conservancy, and Audubon Alaska. As a volunteer, she’s worked for a host of non-profits, including performing arts groups, historic preservation, public radio, women’s health, and a homeless day shelter. She recently spent 7 years in Alaska, where she summitted Denali (aka Mt. McKinley, the highest peak of North America) and crossed the 1,000-mile Alaskan Arctic on foot. Lorelei is a board member of the NC Network of Grantmakers and the NC Center for Nonprofits, and she recently served on the Community Leadership Council of the Z. Smith Reynolds Foundation. She and her son, Godfrey, live in Southern Shores, where they spend time with their dog, Teka, and volunteer with the Southern Shores Volunteer Fire Department. You can reach Lorelei by email at LCosta [at] obcf.org.

Jeff Dippold joined the Outer Banks Community Foundation in April 2020 part-time as our Finance Manager. Jeff is a Certified Public Accountant, with a part-time accounting practice on Ocracoke. His experience includes more than thirty years with Bank of America, where he was involved in leadership roles in the bank’s Global Banking and Markets Finance department. Jeff and his wife, Susan, retired to Ocracoke, in 2017. After Hurricane Dorian hit Ocracoke in September 2019, Jeff spent many months volunteering with the Ocracoke Fire Protection Association’s Ocracoke Recovery Team, where he helped manage over $750,000 in hurricane relief grants for islanders. In his spare time, Jeff volunteers with the Ocracoke Volunteer Fire Department, enjoys surf fishing, and travels to wineries at home and abroad. You can reach Jeff by email at Jeff [at] obcf.org.

Susan Rhew joined the Outer Banks Community Foundation in September, 2020 as Disaster Relief Coordinator, a one-year, part-time position made possible through grant funding from American Red Cross. She grew up in Yorktown, Virginia and made frequent trips to the Outer Banks for many years with her family. Susan spent 31 years in public education as a teacher, curriculum coordinator, and building level administrator; and for three years with the Department of Education as a contractor, with a focus on school improvement. Susan earned her Bachelor’s Degree from Virginia Tech, Master’s Degree from Old Dominion University, and Education Specialist Degree from The George Washington University. She and her husband Ray reside in Kitty Hawk and enjoy spending time with their children and grandchildren. Susan enjoys reading, traveling, camping, and giving back to her community. You can reach Susan by email at disaster.relief [at] obcf.org.

Scout Schillings serves the Outer Banks Community Foundation as our part-time Administrative Assistant, a position she has held since March 2020. Scout is an Outer Banks native, who was born and raised in Wanchese. A graduate of Manteo High School, Scout holds a Bachelor’s degree from Meredith College, where she was a double major in History and Psychology, and a minor in Public History. While in school, Scout held internships at the Lost Colony, Roanoke Island Festival Park, NC State Archive, Raleigh Museum’s Collections Department, and at the Marbles Kids Museum. Scout first came to the Community Foundation in October 2019, as temporary office support to help with Dorian Disaster Relief gifts processing. When Scout’s not working, she enjoys taking cat naps with her baby British shorthair, Norman. You can reach Scout by email at Scout [at] obcf.org.

Nandy Stuart joined the Outer Banks Community Foundation in August of 2019, serving as the Scholarship and Office Administrator. She hails to the Outer Banks from Gainesville, Florida, where she had two very successful careers, the most recent working in the nonprofit sector as the Director of Outreach Programs for a local intimate partner violence agency. Her almost 9 years of experience in the nonprofit world focused mostly in creating and maintaining collaborative community relationships to better serve the public of North Central Florida. Nandy earned a Master’s Degree in Education from the University of Florida and relocated to the Outer Banks to be closer to family. She has travelled extensively in South America and loves to experience new places and cultures. Nandy considers herself an animal advocate and has served on a shelter’s board of directors and volunteered at several rescues. She and her rescue dog, Mika, love the outdoors and will surely be spending a lot of time on the beach and walking the trails of the Nags Head Woods Preserve. You can reach Nandy by email at Nandy [at] obcf.org.

MaryAnn Toboz joined the Community Foundation as Development and Communications Manager in October 2019.  She and her husband Dan moved to Nags Head from Chesapeake, VA in June 2019 to be closer to parents and family, and to experience full-time a place they’ve enjoyed together for more than 30 years.  MaryAnn’s experience with non-profits includes board service at ForKids in Norfolk, VA; work as a loaned executive and then in major gifts with United Way agencies in Hampton Roads and Salt Lake City; work at Volunteer Hampton Roads, where she developed non-profit management training programs with area experts, and 15 years of leadership at Tidewater Arts Outreach, a Hampton Roads, VA based non-profit she founded in 2003.  When she’s not working, she enjoys sharing her love of music with kindred spirits, beachcombing, body boarding, exploring Outer Banks beauty, and spending time with two large and loving families. You can reach MaryAnn by email at MaryAnn [at] obcf.org.