Blog - Latest News
You are here: Home / News & Updates / Something Good from a Terrible Thing: The Sgt. Rimer Fund for Veterans 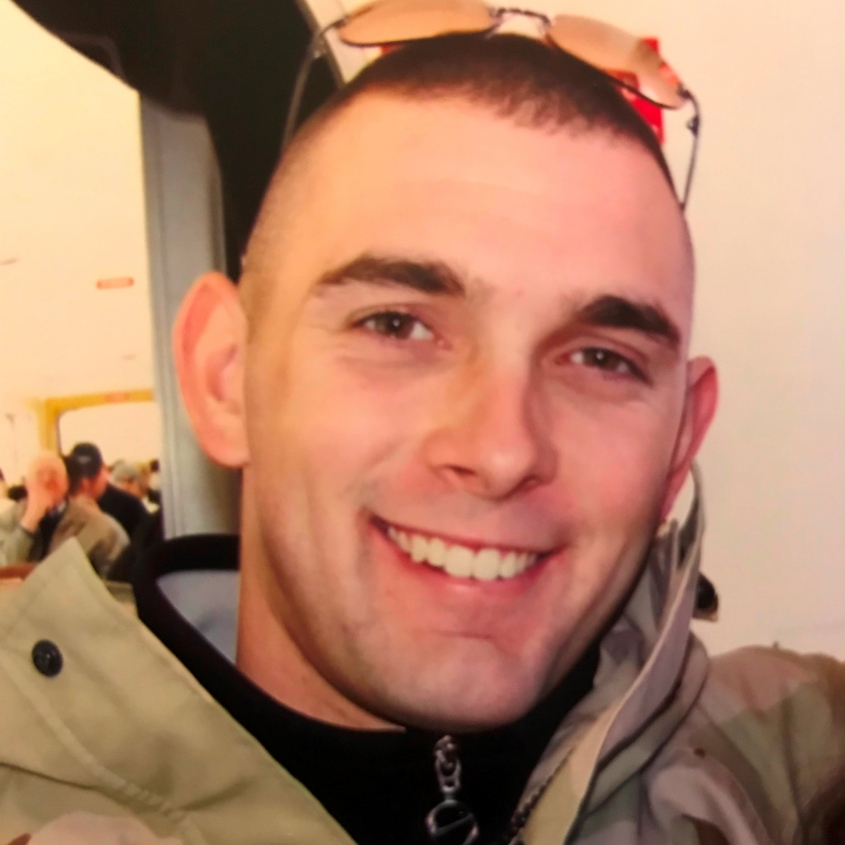 Betty Evans lives in Corolla now with her husband, Wayne, but ten years ago she was working at a Pittsburgh area hospital with fellow nurse Donna Rimer.

The women specialized in different areas of care, so they didn’t work together very often, but they had gotten to know each other.

“She was just a nice person,” Betty said.

Betty also knew that Donna’s son, Joshua Rimer, was a Sergeant in the U.S. Army, and had served in Iraq. She had a chance to meet Josh once, and the memory has remained with her.

Then word came that Sgt. Rimer lost his life in Afghanistan. He had been on patrol, escorting a convoy, when a roadside bomb hit his armored car. The date was July 22, 2009. Josh was 24 years old.

The death of Sgt. Rimer was deeply personal to Betty and is an important part of why she and Wayne feel so strongly about helping veterans today. As she starts to talk about that time 10 years ago, she stops herself, saying: “I’ll cry.”

When she continues, there is a catch in her voice, “I just appreciate them (veterans) and admire them,” she said.

Betty was not alone in believing there was something special about Joshua, something that seemed to draw people to him. When word came that he had died, his Pennsylvania community responded.

Wayne described how many people came out to celebrate Sgt. Rimer’s life and to mourn his loss with his family. So many people came to support the family, he said, “They had to use the high school for his service.”

“He was a very good guy,” Joshua’s mother said, describing her son.

Tributes to Sgt. Rimer describe his devotion to his new wife, Annalisa, how he read to her every night and took care of her when she was sick, how he would drive his mother-in-law to and from work when it snowed. “He was a leader and protector of his guys,” his mother, Donna, added. “He stood up for others. That was the side that he fought with. There were things he had to do that bothered him, but he took it to heart.”

Over the years Donna has worked to keep her son’s legacy of protecting and caring for others alive. She and her family have worked with Yellow Ribbon, sending packages and supplies to soldiers in foreign lands.

They have also raised over $20,000 for the Battle Buddy Organization, which provides service animals to veterans who are disabled or suffering from post-traumatic stress.

Although she has been actively working to help veterans, Donna was caught off guard when Betty told her that she and Wayne wanted to establish an endowment in the Outer Banks to help veterans, and name it for her son.

“It almost took my breath away,” Donna said. “It was just a very amazing thing.”

“This gives us a special opportunity to help our veterans,” he said.

The needs of the veteran community are diverse, Clark noted. Understanding those needs is an important part of getting them help, something he describes as educating ourselves.

“The problem is that for many vets, their diagnosis is often not physically apparent. It’s not visually apparent.”

And asking for help is not automatic for many veterans.

“They are the last people to ask for help. They have dedicated their lives to serving others first. They don’t want to be a burden to their family and spouses,” Clark said.

Other than helping local veterans and their families, there are no specific guidelines for the new endowment, but for Wayne and Betty, the idea of the Sgt. Joshua Rimer Memorial Fund for Veterans seemed a natural outgrowth of their philosophy of giving.

“Every year we do a big project. We sat and talked about it…and she wanted to do something for the veterans, and Joshua’s name came up,” Wayne said. “We thought it would be nice to put it in honor of somebody.”

“We were going to do it anyway. We didn’t want to name it after us,” Betty explained. “I just loved this kid for some reason. And he (Wayne) said would it be a good idea to put it in his name to honor him. He gave his life for this country. We asked his mom and asked if she would be ok with this, and she said, ‘Oh, yeah.’”

“I think you have to change how things were so terrible into things for good,” Donna said.

The Sgt. Joshua Rimer Memorial Fund for Veterans is a new, designated endowment at the Outer Banks Community Foundation that will benefit local veterans and their families. Established by Wayne and Betty Evans of Corolla, NC, the endowment is in honor of a decorated American soldier who lost his life in Afghanistan 10 years ago. Sgt. Rimer, the son of Donna and James Rimer, received a Purple Heart, Bronze Star, and Medal of Valor over the course of his service.

Anyone who wishes to honor Sgt. Joshua Rimer — or any another veteran — is invited to contribute to the Sgt. Joshua Rimer Memorial Fund for Veterans. Your gift to this permanent endowment will help local veterans and their families for generations to come. If you choose to honor a veteran with your gift, the Community Foundation is delighted to send notice to your honoree (or his/her family). Go to www.obcf.org/donate, select “Other Fund,” and choose “Sgt. Joshua Rimer Memorial Fund for Veterans” from the list of funds that appears.

So You Want to Start a Nonprofit
Scroll to top