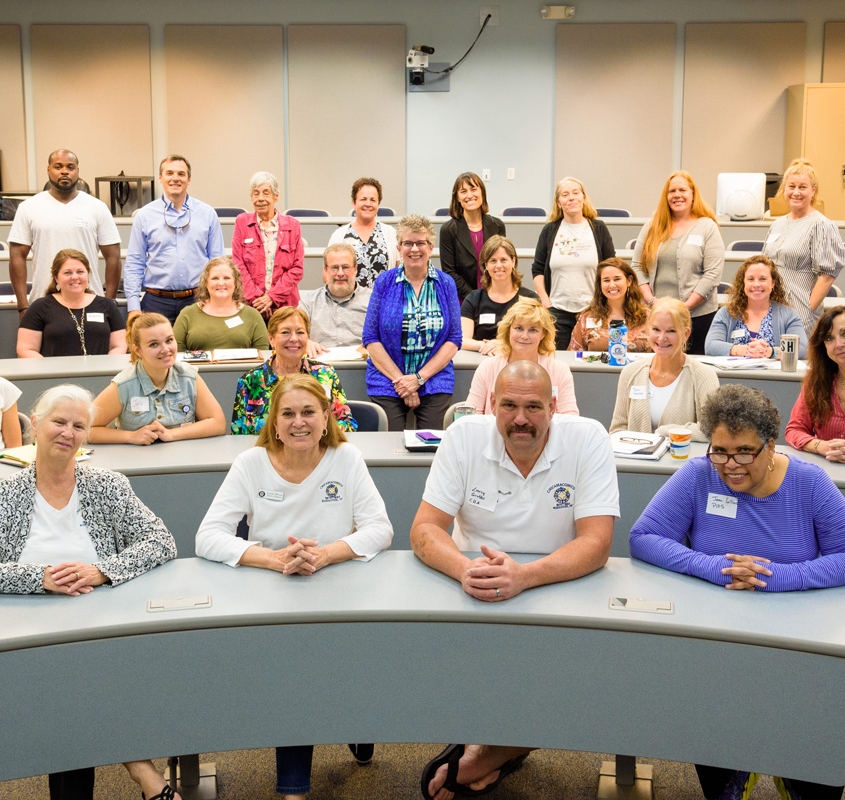 Ending another record-breaking year, the Outer Banks Community Foundation announced over $1.4 million in grants and scholarships in 2019, and the creation of nine new charitable endowments for future community support.

Dozens of local nonprofits received grant aid throughout the year, benefiting every type of charitable cause, from Ocracoke to Hatteras to Roanoke Island to Corolla, and every Outer Banks neighborhood and town in between. In December alone, the Community Foundation awarded competitive Community Enrichment Grants of $5,000 to St. John United Methodist Church in Avon in support of its free community dinners, over $5,900 to the NC Aquarium on Roanoke Island for summer camp scholarships, and $10,000 to Interfaith Community Outreach to support that organization’s disaster relief efforts on Ocracoke Island.

Also in December the Community Foundation funded over $32,000 in donor-advised grants to 16 different nonprofits, including the Dare County Arts Council, Dare Education Foundation, the Roanoke Island Historical Association, the Kill Devil Hills Fire Department Auxiliary, and the Beach Food Pantry. Donor-advised funds are created when a donor contributes a tax-benefited gift to establish a new fund; the donor then recommends how the endowment’s earnings should be distributed to charities each year.

In 2019 the Community Foundation also continued to subsidized trainings and seminars for dozens of local nonprofits. In April the Community Foundation organized a strategic planning workshop for charities, and committed the funds to bring the Duke University Nonprofit Management Certificate Program to the Outer Banks. The intensive eight-day training will be offered in January 2021.

But according to Lorelei Costa, the Community Foundation’s executive director, the most exciting news from 2019 was the growth of charitable funds for the future. “We started nine new endowments last year, including four new scholarship funds, three new donor-advised funds, and two new grant-making funds,” she said. “All of these new endowments will become permanent sources of community support for generations, which means more grants and scholarships in 2020 and beyond.”

Anyone can contribute to any of the Community Foundation’s charitable funds, or start a fund of their own. Donations may be made online at www.obcf.org/donate and are fully tax-deductible. Checks may also be mailed to 13 Skyline Road, Southern Shores, NC 27949.

The Community Foundation is Hiring!