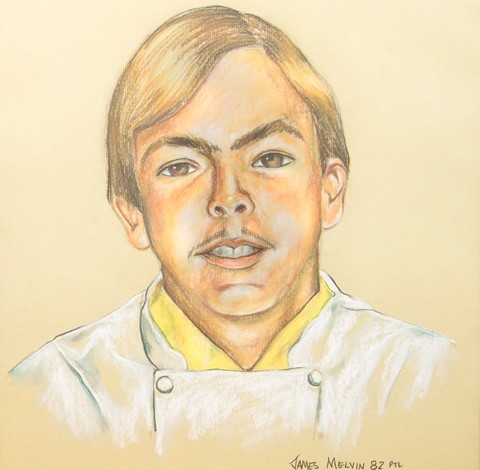 The Manteo High School Band is getting new help next year, in memory of a young clarinetist whose life was enriched by his band experience.

The family of Frank Elliott Tate has established a new endowment with the Outer Banks Community Foundation to benefit the Manteo High School Band and to celebrate the life of a young man from the Outer Banks who left this world too soon.

Frank Tate grew up on tiny Pond Island, the small bit of land between Roanoke Island and the beach. He had a childhood full of adventure and exploration.

“Frank loved nature and spent countless hours crabbing and boating,” recalled his mother, Suzanne. “He always took the time to teach young children around him about any living creature he would find, and the other children of Pond Island followed him like a pied piper.”

In high school, Frank worked for a local bakery, but one of his favorite activities was playing clarinet in the band. Through the band, he made some of his closest friends, especially as they traveled for performances and competitions. Frank graduated from Manteo High School in 1981.

After working as a chef’s assistant to his older brother, Mark, Frank went on to study at the Culinary Institute of America in Hyde Park, New York, just like his big brother. “His letters home were full of happy reports about his cooking experiences at the Institute,” said Suzanne. After his first year of school, Frank was assigned a good internship at a restaurant on Hilton Head Island in South Carolina. But it was never to be.

Consumed by sleepiness after a long drive home from school in New York, Frank lost his life at 4:00 a.m. on Saturday, July 24, 1982, in a terrible car accident on Wright Memorial Bridge. Frank had made his long drive home even longer by dropping off a fellow student in Roanoke Rapids, North Carolina.

Frank is remembered by countless friends and family. Several Outer Banks residents have told his mother that they are even more careful driving on the Wright Memorial Bridge today, in remembrance of Frank.

Immediately after his accident, many community members donated in his honor to the Dare County Library. A beautiful glass and birch wood cabinet, constructed by William Walker of Wanchese, was purchased as a result. It is still in use today at the Manteo Branch, with rotating displays of art and pieces of interest from across the Outer Banks, and a plaque in memory of Frank.

And now, Frank’s family is further honoring his life by establishing the Frank Tate Memorial Fund with the Outer Banks Community Foundation. This perpetual endowment will provide on-going financial support for the Manteo High School Band, particularly for those needs not already covered by the school’s regular band budget.

Funding preference will be given to the provision of musical instruments and other equipment for students who could not otherwise participate for financial reasons.

John Luciano, Manteo High School Principal, said: “We were very pleased to hear of the generous endowment by the Tate family in memory of our former student, Frank Tate, due to his love of the band and the positive impact that it had on his life.

“In the years ahead, our new band director, April Rife, will be able to assist students with instruments and supplies that may make the difference in their being able to participate and discover a passion for music. Thank you to the Tate family.”

Like all of the Community Foundation’s endowments, the Frank Tate Memorial Fund will be invested for growth, while the earnings are spent each year in support of its charitable purpose. In this way, the fund will grow in perpetuity, while making annual grants to help the band.

Donations in Frank’s memory can be made securely online at www.obcf.org/donate, or via mail to the Outer Banks Community Foundation at 13 Skyline Road, Southern Shores, NC 27949.

Suzanne Tate, author and historian, contributed to this article.