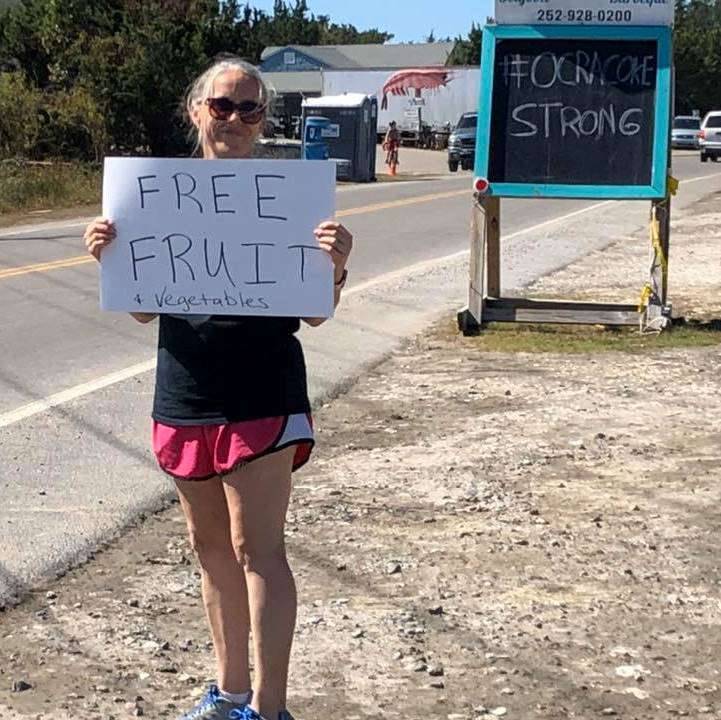 “Our primary focus has been raising funds to assist residents that were incapacitated by Dorian,” said Lorelei Costa, Executive Director of the Community Foundation, “but with the Rapid Response Grants, we are also recognizing that many of our local nonprofits were just as hard hit.”

“As soon as the storm winds died, nonprofits and volunteers were on the ground, in the receding waters, assisting storm victims—feeding people, mucking houses, clearing debris, providing supplies,” said Ms. Costa. “Some of our nonprofits did this with no funding, or they depleted their hard-won reserves, in order to provide emergency services to their neighbors.”

The Beach Food Pantry, which has been supplying fresh fruits and vegetables to Ocracoke, received support, along with Hatteras Island Meals, the Food Bank of the Albemarle, and the Elizabeth City Corps of the Salvation Army, which has been providing hot meals to storm victims and first responders.

Other local nonprofits lost key infrastructure to the storm, or sustained overwhelming damage to their facilities. In Ocracoke, the community fish house, owned and operated by the nonprofit Ocracoke Working Watermen’s Association, was flooded and its ice house and retail space destroyed. OWWA received an $8,000 Rapid Response Grant to repair its ice house in time for the fall southern flounder fishery, which is economically important to local fishermen.

Even on Roanoke Island, the Elizabethan Gardens lost a greenhouse, fencing, electrical systems, and numerous trees and plantings. An anonymous donor-advised fund at the Community Foundation will be assisting the Gardens with their rebuild.

The Outer Banks Community Foundation continues to collect financial contributions to assist individuals and families in Dare County and Ocracoke who have been devastated by Hurricane Dorian. All contributions are tax-deductible, and every penny of every gift will be used to directly assist local individuals and families. Donations can be made securely online at www.obxdisaster.org.

Help Your Neighbors Recover from Dorian
Scroll to top