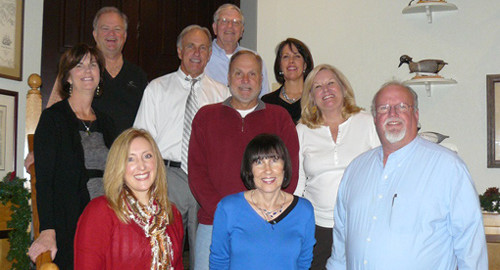 Three grants were awarded for historic preservation and interpretation. The Whalehead Preservation Trust in Corolla received a $5,050 grant for children’s programming, and the First Flight Society received a $3,625 grant for a replica of the Wright Brothers’ aircraft. The Roanoke Island Historical Association received a $5,500 grant for the PsychoPath fundraiser, with a goal of assisting the sustainability of the Lost Colony production.

The Feline Hope Animal Shelter of Kitty Hawk received a $6,375 grant for shelter repairs, and the Outer Banks Center for Dolphin Research received a $500 grant for educational signage about bottlenose dolphins.

Two projects for Hatteras Island were funded. $17,520 was awarded to Radio Hatteras for equipment for production and broadcast studio equipment, an emergency broadcast link, and the 99.9 Waves broadcast. The Friends of the Graveyard of the Atlantic Museum received a $3,000 grant for an archaeological survey to find the Fort Chicamacomico / Camp Live Oak site from the Civil War.

The Community Foundation also awarded its annual David Aycock Loy and Pauline Wright grants last week, supporting people with intellectual and developmental disabilities, including autism and Down syndrome. The Outer Banks Chapter of the Autism Society received a $3,634 grant for a social understanding workshop for Dare and Currituck families with children with autism. The Lighthouse Club of Monarch received $2,400 for iPads for clients with disabilities, and the Nags Head Fire Department received $3,300 for beach wheelchairs, which will be available for use throughout Dare County. Mane & Taill in Currituck received $6,300 for horse camp scholarships for Dare and Currituck children with IDDs.

For Ocracoke, the Community Foundation awarded the second of its three-year commitment for the Ocracoke Community Park. This $25,000 grant will help build the island’s first-ever baseball field.

The Community Foundation is currently accepting applications for its Community Enrichment grants program. The application deadline is Friday, August 1.

Community Enrichment grants are intended to help meet local needs and enrich the quality of life for all Outer Banks people. The service area encompasses Dare County and all Outer Banks communities, from Corolla to Ocracoke Island. The Community Foundation will support charitable projects in the areas of: arts & culture; children & youth; education; the environment; disaster relief & prevention; health; historic interpretation & preservation; and other human services.

For more information, and to submit an application online, visit the Community Foundation website at
www.obcf.org.