Blog - Latest News
You are here: Home / News & Updates / A Tradition of Giving 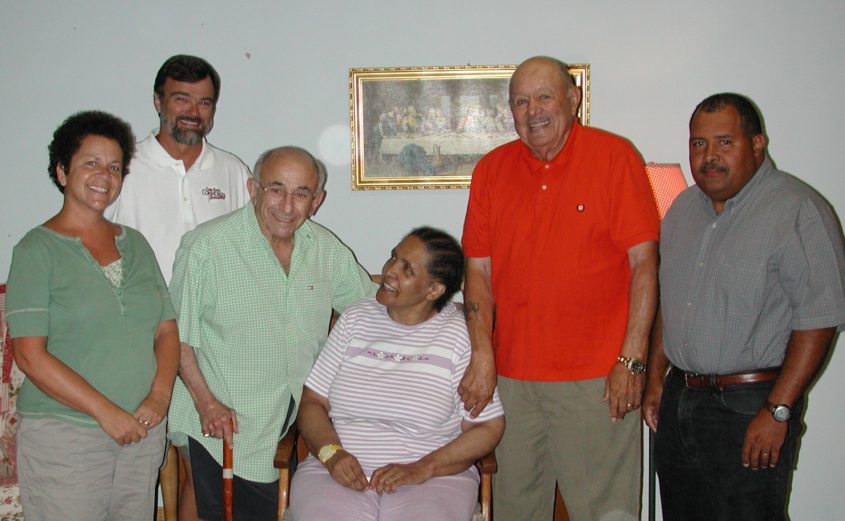 Note: This article first appeared in the November 30, 2016 edition of the Coast.

Naomi Collins Hester did more than make a difference. She left a legacy.

Whether it was by founding the Monday Night Alive program, educating as a Sunday School teacher, or volunteering at several Outer Banks organizations, she dedicated her entire life to serve those around her in various ways.

“For her 70th birthday, we decided we wanted to do something in honor of her because she didn’t really need anything, and she was always such a giving person,” says Naomi’s son, Frank Hester. “We listed 70 things where she had given, and they weren’t just little things. They were things that had a big impact.”

He and his wife, Lynda, celebrated Naomi’s 70th birthday in an event they called Naomi’s Big Give. They invited people who had known Naomi through her service over the years. Hundreds of people showed up. Though she had been suffering from Alzheimer’s for years, she had continued her giving until this point. Because she didn’t need anything, they asked those who came to donate or sign up for volunteer shifts at her favorite organizations, such as Monday Night Alive, a program that enhances educational and social achievement for students in Dare County schools.

“My favorite memory was that birthday party for Naomi because that was her last birthday here,” Lynda says. “Some days she would have bad days and good days there at the end, and she was just happy the whole time for a solid two hours. It was like she knew that we were continuing what she did.”

Continue it they did. The funds donated by her husband, Osborne Hester; her children; and other attendants were used to start the Hester Family Legacy Fund with the Outer Banks Community Foundation in Naomi’s honor before her passing in 2009. As a donor-advised fund, the Hesters make the grant recommendations of how the money is distributed each year. Since the fund’s establishment in 2008, almost $6,000 has been awarded to organizations helping at-risk children, adults and veterans, thanks to generous donors.

“Our fund is just one of many,” Lynda says of the Outer Banks Community Foundation. “There are so many funds there. That’s what I liked about the Community Foundation. It brings together people who have funds and it has somebody to manage it so you don’t have to worry about it. But it also brings people together that are all trying to do the same thing, which is serve. It’s an amazing concept.”

This concept has helped not only remember Naomi, but also expand on the work that she did.

“In essence, it was a way to keep her memory alive and also to continue to reach out and help people without looking for anything in return,” Frank says. “She did it truly from her heart to help others. Color, gender, it had nothing to do with it. If she could help you, she would. And I think we’re all better served with a mindset like that, that if we can help, we should help.”

It is a mindset that both Frank and Lynda have adopted and maintained their entire lives. Both of them, together and on their own, serve on several committees on the Outer Banks, ranging from the State Employee’s Credit Union board to the board for health and human services. And the love that they share for their community is one that they share for each other.

“The thing that has drawn me to Lynda is that, like my mom, she cares for people. And she has more than a passion to help people, she’s a big fighter for the underdog,” Frank says. “She helps me see the things I don’t see, and I help her see the things she doesn’t see. She completes me.”

For Lynda, it is all about Frank’s kindness. This is what originally drew her to him when they first met aboard a Coast Guard ship. They have been together ever since and celebrated their 34th anniversary on July 31, 2016.

“Everything I saw in Naomi, I see in him. She was the most kind, loving person, and so is he,” Lynda says. “She didn’t have a thought about a selfishness in her, and neither does he.”

And it is through their love that they teach their three daughters how to be servant leaders. Sara, the middle of three, recently came to the Outer Banks after being in Raleigh for seven years. To her, coming home is a big reminder of how much of an impact her parents and grandmother have made.

“Everywhere I go, especially now working at the beach, people realize who I am and they can’t stop talking about my grandmother or my parents, just how much they do for the community. It’s some big shoes to fill,” Sara says. “But we all, my sisters and I, hope that we can just continue on with the things that they’re already contributing toward and also find new causes or ways to help like they do.”

Regardless of how they give, Sara and her sisters, Renae and Raechel, will be another generation of Hesters that contribute to the Outer Banks community. They will serve as the next advisors of the Hester Family Legacy Fund, continuing the family tradition of giving.

WANT TO HELP? Anyone can contribute to the Hester Family Legacy Fund, or start a family fund of their own, with a tax-deductible donation. For more information, contact Lorelei at the Outer Banks Community Foundation at 252-261-8839.

OBCF Thanks Donors to the Disaster Relief Fund
Scroll to top